Working with the Crystal World

Reproduced from HedraNews February 2019, with permission 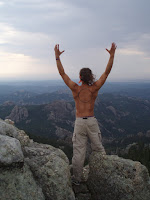 Imbolc Greetings! In the last two articles*, I drew attention to the Earth and human-built environment as sources of crystal energy. Ignoring these sources may have harmful health impacts, especially if you are already working with crystals for healing**. Let’s explore ways to work with these sources.

Sitting in silent meditation in a natural area has tremendous health benefits. In the method called ‘earthing’ or ‘grounding’, one draws their attention to the energy sources emanating from earth. Some can feel those sources intuitively, most of us need to focus on the detection by realizing the source. Find a natural setting, place your bare feet, hands or both on the bare ground and reflect on these sources until your minds-eye can visualize them. 1) Earthquake waves are vibrational translations of energy and can be detected by seismometers half-way across the Earth. Become a seismometer and focus your imagination on the vibrational sounds of the Earth. 2) The primordial heat of Earth’s formation is still trapped within and drives plate tectonic motion. Focus your imagination on the vibrational energy of those particles (heat), the stirring motions of the Earth’s mantle 3) During the day, the Earth’s soils and rocks absorb the Suns energy waves but at night it re-emits that energy. Visualize absorbing the re-emitted energy.

The objects of Anthropic Crystal World are all familiar to us but working with them as energy source may seem foreign. Allow yourself to connect your imagination to the Earths materials used to create it. Find a place in view of buildings and cars, perhaps a city bench. Get yourself comfortable either sitting or standing. Hold your cell phone in one hand and wallet in the other. Focus on the components of the materials around you to begin to imagine the minute energy they emit or reflect. The phone in your hand contains a plethora of rare metals, pulsing electrical circuitry and transmits/receives radio waves. Your wallet likely contains plastic magstripe cards with magnetic iron, again effecting the magnetic field around you. Each iron-vehicle that passes is changing the gravity field, magnetism, sound waves, and air current. The mineral calcite found in concrete splits waves into two distinct paths (birefringence): think of how the city’s concrete dampens and splits the Earths energy waves. Wifi, AM/FM radio, and microwaves add to the natural electromagnetic energy. Electrical wiring produces a magnetic field as the current of electrons pass through.

These energy sources are inescapable. Do not cast them aside, instead find ways to work with them and acknowledge the enhancements brought to your life.
* archived at ThisMagickalEarth.com/writing
**no claim of expertise in crystal metaphysics

ThisMagickalEarth.com
Science. Spirit. Practice.
Posted by scaston23 at 11:05 AM No comments:

Reproduced from HedraNews January 2019, with permission

In today’s age of environmental awareness and continued mass environmental contaminants that can impact our health, many people have a slight disgust for the human-built environment. In this article, we will explore how the concepts mentioned in October (The World of Crystals All Around Us) can be expanded into our built environment, or the Anthropic Crystal World.

The root anthro- refers to human. In the text I use to teach introductory geology, the definition of a mineral: natural, geologically formed crystalline solid with definable chemistry (Earth: Portrait of a Planet, Marshak p. 106). Thus, the natural sciences do not technically consider artificially formed crystals or substances as minerals. However, if you consider that artificial materials are derived from the Earth but rearranged to fit our needs (e.g. resources) we should include anthropogenic materials when thinking about minerals metaphysically. After all, metaphysics is inherently more subjective and includes the felt experience of human reality. Any given large building is composed of iron supports, concretes, and aggregates, decorated with panes of glass, drywall, and electrical wiring. Each of these resources has its derivation in Earths minerals and, just as each crystal, has a geologic formation epochs in the making. For instance, glass is made most often from ancient water-lain sands—tiny, rounded crystals of quartz, felspars, and other—processed, melted, then poured into desired shape. Much of the human processing has similarities to smelting and metallurgy, but the emplacement of the metals in rock is quite different. As an example, iron is most commonly extracted from Banded Iron Formations composed of iron-oxide mineral crystals. These spectacular rocks were deposited on the beds of ancient seas while biologically respirable oxygen (O2) was being emitted for the first time in Earths history by some of the first living creatures. The creatures were cyanobacteria that first harnessed photosynthesis and the time was, on average, two billion years ago (2,000,000,000 yrs ago).

The point here is to draw your attention to the crystals all around you that have been placed here by US. When we build cities, or just simple dwellings, the structures of our human built environment are accumulations of rearranged Earth materials. Ignoring this derivation or avoiding using artificial material because it is inherently impure may lead to metaphysical imbalance. If you actively work with crystals and accept those energies, you may consider working with the Anthropic Crystal World around us! Blessed Be!